Nutritional value of olive oil through the ages

Health and oil, present and past.

Olive oil, `liquid gold` according to Homer, is an incredible source of Nutrients for humans and the secret of longevity of the people living in the Mediterranean Basin.

It has been widely known since ancient times that olive oil in our diet is of great importance to our health. The fathers of Medicine, Asclepius and Hippocrates, as well as the greatest doctor of that time, Galen, Dioscorides and Diocles believed that it had beneficial effects on health and suggested daily use and in many cases as a remedy.

Olive oil has been used as food, medicine and beauty product. In Homer`s work it is used in personal care and to treat skin conditions. Hippocrates suggests more than 60 medicinal uses. In ancient Greece people used olive oil to help wounds heal and to fight insomnia, nausea, cholera, etc. It was also applied onto their skin as a moisturiser and their hair to keep it healthy and shiny. Modern scientists believe that it facilitates the brain functions and it is beneficial to internal organs and especially the heart since it replaces animal fat and prevents the concentration of fat in the heart which leads to heat attacks.

Nowadays, after 3000 years, modern Medicine still suggests the consumption of olive oil by adults and children who are healthy or may be dealing with a health condition due to its valuable ingredients that provide health, wellness and longevity. Many researches have shown that olive oil is an integral part of modern diet.

As part of the research concerning ancient pharmacology, which has provided useful results about modern Medicine and pharmaceutical research, researchers at the University of Athens investigated the possibility that some ancient Greek writers referred to olive oil as medicine. They were taken by surprise when they discovered that Dioscorides suggested the use of olive oil in case of backaches, toothaches or headaches in the same way as we now use non-steroidal anti-inflammatory drugs. It was clear that Dioscorides was referring to what is now known as green olive oil which is produced by green olives at the beginning of the harvesting period.

It was widely known that not all kinds of olive oils were equally effective in maintaining health. Researchers have proved that the substance which appears to be responsible for the burning sensation that occurs in the back of the throat when some kinds of olive oil are consumed is oleocanthal. Oleocanthal has been found to have anti-inflammatory and antioxidant properties similar to classical non-steroidal anti-inflammatory drugs. Researchers have developed a new method for direct measurement of 4 bioactive substances: the oleocanthal, oleacein, aldehydic form of oleuropein aglycone and aldehydic form of ligstroside aglycone levels in olive oil. These substances appear to have anti-inflammatory, antioxidant, neuroprotective, cardioprotective, etc. properties. However, research is still in progress. They derive from hydroxytyrosol and tyrosol which have been used by the European Food Safety Authority to evaluate which olive oil can have health claims on its label.

Olive oil polyphenols contribute to the protection of blood lipids from oxidative stress. The complex of oleocanthal, oleacein and other compounds found in olive oil have protective properties for our health as they prevent heart conditions and treat infections. In addition, recent researches indicate that they protect against Alzheimer.

It should be stressed that the quality of olive oil and the concentration of polyphenols depends on many factors (more than ten); some of them are the following:

After years of observation of the cultivation of olive trees and the production of high quality olive oil, we have come to the conclusion that if one factor is different, there is different polyphenol content even if the olives come from the same olive grove.

Researches on the therapeutic properties of olive oil that have been conducted by scientists around the world have confirmed what the fathers of Medicine in ancient Greece believed; olive oil is the ideal food and also:

Only high quality organic extra virgin olive oil rich in polyphenols having health claims on its label can be really beneficial to our health.

According to the certified concentration of polyphenols in our olive oil these beneficial results are expected after the daily consumption of 20g of olive oil. 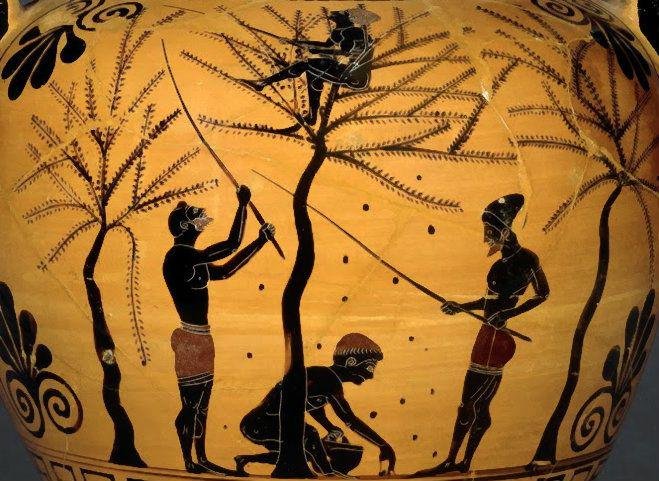