Honey is a sweet, viscous food substance produced by bees by collecting nectar for use as sugars consumed to support metabolism of muscle activity during foraging or to be stored as a long-term food supply. After honey is stored it loses water and reaches its normal levels of 14-18% of water. Honey contains 77-78% sugars (mainly fructose and glucose) and because of its low content in water it does not favour the development microorganisms.

Honey contains many kinds of acids. It is liquid at first but after a long time it chrysalises. It mainly consists of two sugars, dextrin and levulose and it also contains minerals, natural colouring substances, some enzymes and pollen.

Honey tends to crystallise. Crystals are formed first at the bottom and then at the sides of the jar. As a result, the appearance of the honey is not very appealing anymore. We also have difficulty in spreading it. However, it does not lose its properties. There is difference in the water content (more than 20-21%) in crystallised and non-crystallised honey and therefore, fermentation starts. 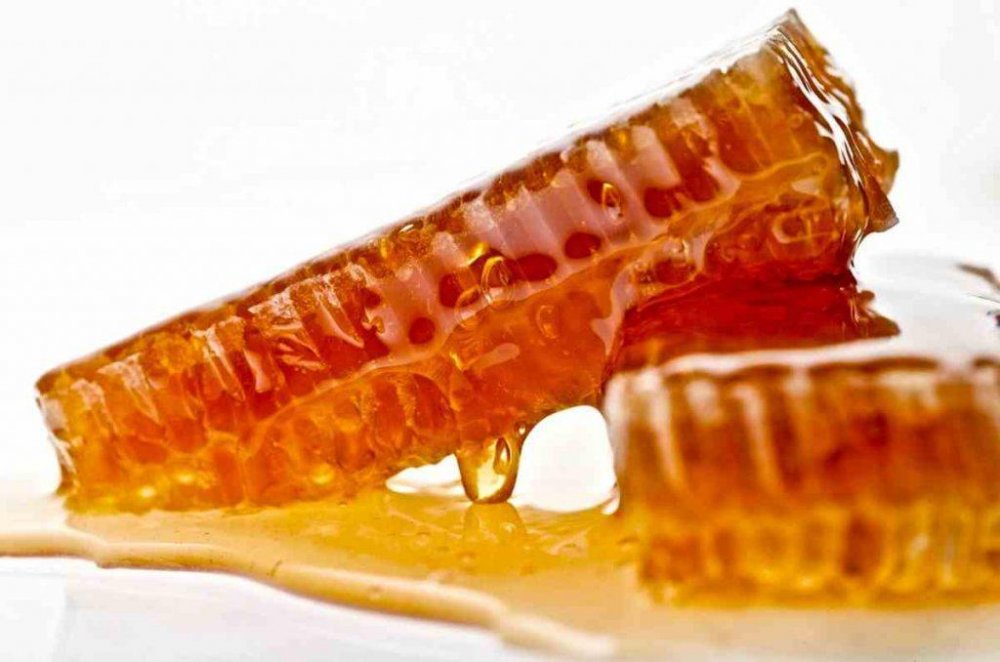