History of honey and bees

Furthermore, as various ancient physicians, from Egypt to Assyria and Greece, came to discover and verify its biological and medicinal properties, honey became more than the basic sweetener in many parts of the world and was and still is consumed as an essential ingredient of the human diet, especially in the Mediterranean. And of course, honey, being so precious to mankind, was deified and became the food of gods.

Honey`s significant role lasted until the mid-16th century, when sugar was first introduced to Europe, and then became the prime sweetening agent around the end of the 18th as it had tremendous production potential at low cost.

Of enormous importance albeit difficult to quantify is the bee`s contribution to the ecosystem and the economy through pollination. Bees transport pollen and are largely responsible for the fertilisation and reproduction of every kind of flora whether in forests and uncultivated areas or farming. According to researches carried out in the USA it was estimated that the profit from the bee`s contribution to the pollination of plants was 60 (in 1989) and 143 (in 1981) times bigger that the profit from bee products.
It is really common to keep swarms of bees in rural areas with the aim of pollinating crops. By taking into consideration that bees comprise 80% of pollinators, it is clear that they are essential not only to economy but also to the biodiversity and the balance of the ecosystem.

The history of honey in Greece

Researchers have noted that honey and the art of beekeeping arrived in Greece from ancient Egypt.
At Phaistos, the renowned Minoan city in southern Crete, clay hives were found dating to 3400 B.C. The exquisite piece of gold jewellery from Knossos of two bees holding a honeycomb dates back to the same era.

Honey, the beverage and food of the gods - nectar and ambrosia - held an important place in people`s daily life, not only as foodstuff but also as a therapeutic substance.
The bee was deified. She was the nymph to whom Rhea entrusted her infant Zeus, `Born in Crete`, and who nourished him with milk and honey in the Diktean Cave high in the mountains of Crete. Also, Bee was the name of the nymph who invented the art of beekeeping and the production of hydromel. Later, she taught minor god Aristaeus who was responsible for passing on this knowledge to people. Bee raised Zeus who is also called Melissus (bee-man) and hydromel (nectar) was Olympian Gods` food.

In Homer`s Odyssey `Melikraton" is mentioned, a cocktail of honey and milk much appreciated as a superior drink. Honey often appears in plays and poems by Hesiod, Pindar, Callimachus, Apollodorus, Euripides, Archelaus, Athenaeus, Herodotus and many more, not to mention later works by Byzantine monks as well as travelers and literati right up to the present.

In ancient daily life honey was used in the form of

Hippocrates praised the beneficial effect of oenomelo for both the sick and the healthy, Pythagoras maintained that honey combats fatigue, and Democratus writes about honey being the secret to well-being and longevity.

In Sparta schoolteachers and youths under military training spent a month on mountain Taygetus living exclusively on honey (honeymoon), Beekeeping became systematically organised as a business. The great Athenian legislator Solon (640-558 B.C.) handed down laws still in existence and regulations determining the distance between apiaries to prevent any doubts concerning ownership of the swarms.

Aristotle fabricated a glass hive so as to observe the bees at work and his writings "History of Animals" and "A Study of the Generation of Animals" as well as the bee community are held up as a model of study and prototype of the functioning, structure and hierarchy in an ideal state.

In Greece, beekeeping has already become systematic in the 15th century. There are apiaries in Attica, Thessaly, Euboea, Achaea, Arcadia and on most islands in the Aegean Sea (Skyros, Kalymnos, etc.) There has also been demand for different varieties. For instance, Hymettus honey was highly praised because of its intense aroma of thyme. During Ottoman rule, visitors in Athens believed that honey was the secret to Athenians` longevity.

There is also evidence that Athens exported a greater value coming from honey (mostly to Istanbul and less to London and Marseille) than what it imported (grains).

(Photos taken from the Institute of Agricultural Science - I.A.S.) 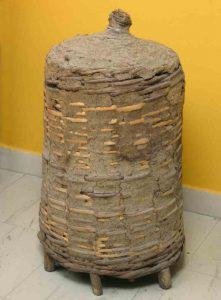 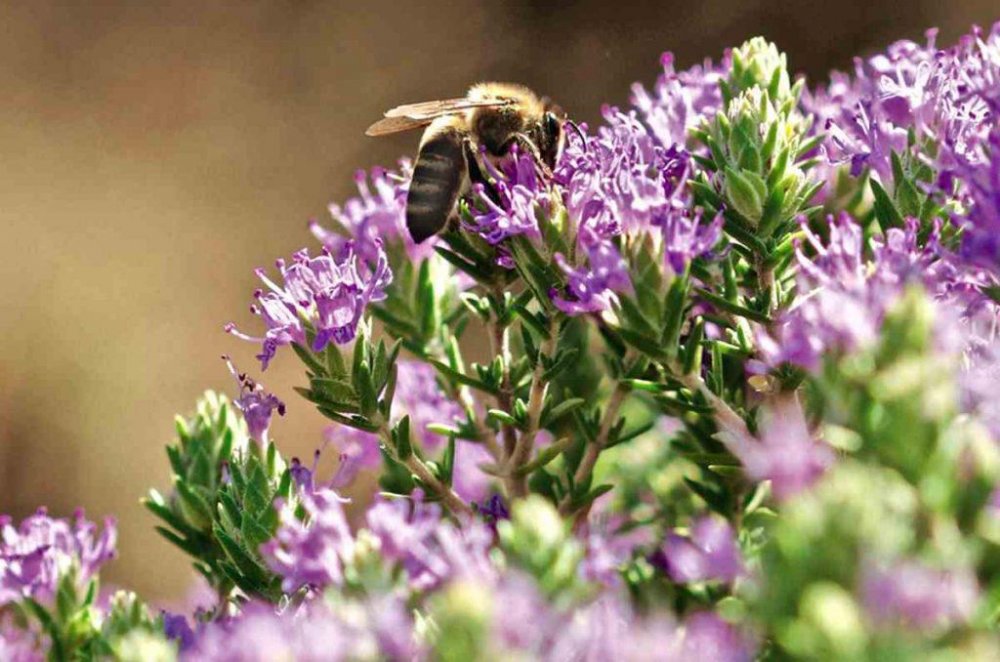 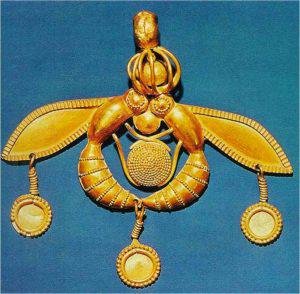 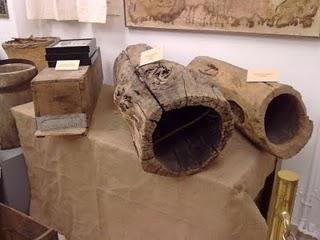