Greece`s unique natural attributes and the nomadic character of its beekeeping result in a think honey with a variety of tastes, scents and hues that set them apart from the honeys of other countries and make them typically Greek. The taste of thyme is not found elsewhere, while pine and fir tree honey are rare varieties.
More than 100 different plants form the final composition of Greek honey to a lesser or greater degree. This variety of plants results in an organoleptic superiority over the honey produced in countries which come primarily from monocultures. This is why Greek honey is of higher nutritional value than honey of other countries.

Honey is literally nature`s gift to man. Not only is it tasty and nutritious, Greek honey rates among the best in the world. Scientific research has proven that honey acts as a shield for our organism.

Today Greek honey has been declared a national product. It has prestige and an excellent reputation. It is available in more than thirty countries on five continents, indicative of its widespread appreciation.

As well as honey, the bee gives us its `poison` (which is medically effective against rheumatoid arthritis, myalgia, neuralgia, etc.), wax, propolis (resinous disinfectant), royal jelly (a creamy substance of superior nutritional value which makes a queen of the ordinary bee). It also provides us in handy form with the pollen of flowers, which is rich in proteins, vitamins, enzymes and other useful ingredients in our diet. 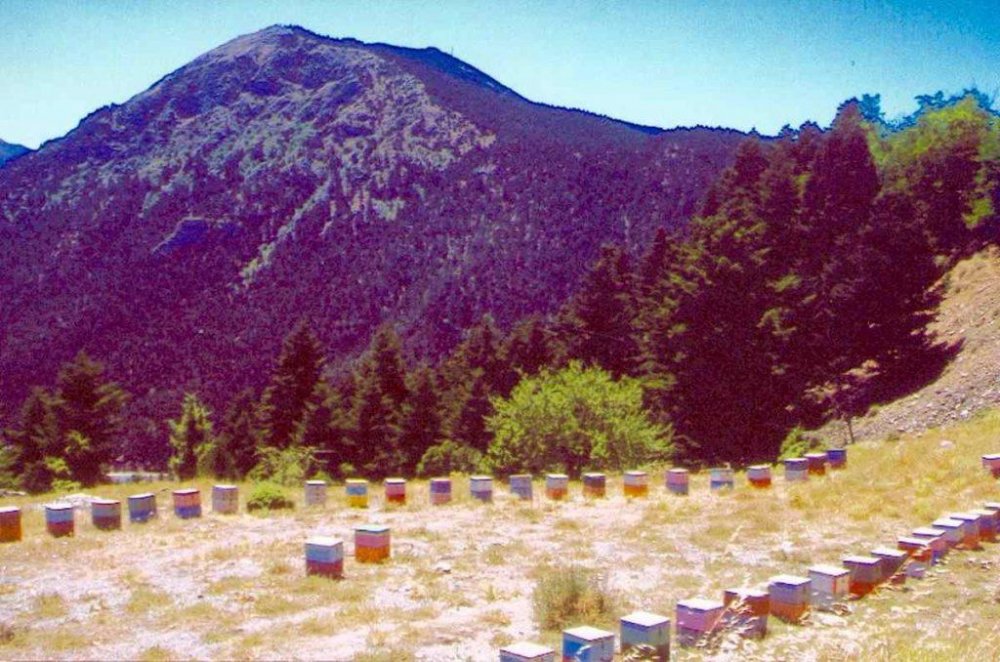