Life in the hive

Bees are social insects akin to ants, wasps and termites. This means that the members of the same species form different social groups with varying duties and roles in their hive. Bees have three groups: the worker bees, the drones and the queen.

All the groups function together in a super-organism.

In every hive there is always a queen, the `mother` as beekeepers call her. The queen feeds on royal jelly from the beginning to the end of her life, which lasts some three to four years and she is the only member of the hive to lay eggs.

She exudes certain essences, pheromones, which send the worker bees the instructions to do their job.

During her whole life the worker bees feed her, clean her and remove her excrement from the hive. She is constantly taken care of and she is highly respected.

About a week after her birth the queen flies out of the hive for the first time, to mate with 8-10 drones. The honeymoon lasts up to twenty minutes, long enough for her to have stored some sperm from each drone, which will last the rest of her life.

When the queen lays her eggs, she places a single egg in each cell.

The egg may develop into a drone or a worker depending on whether it has been fertilised.

They are the tireless engines of the hive. They have different responsibilities according to their age. This includes cleaning the cells, looking after the queen and the eggs, processing the nectar to turn it into honey, packing pollen into the cells, clearing the nest of useless matter, ventilating it by fluttering their wings, guarding the entrance to the hive, foraging outside to collect pollen and nectar.

On average, a worker-forager may take ten trips a day to collect nectar. In order to do this, they clasp the blossoms of the flowers, suck up some nectar, spray a drop of it with their proboscis and then roll a minuscule ball of pollen with their legs. They carry it back to the hive in the `pollen baskets` on their backs.

In a bee hive where there could be as many as 30.000-40.000 bees there are a few hundred drones which live for about 20-30 days. The first few days of their lives they are fed exclusively by young worker bees until they are able to feed themselves on stored honey and pollen. When they can fly, they gather in specific spots to await the queen whom they court and mate with.

How honey is produced

Bees fly from flower to flower and collect their nectar. They suck a small drop of nectar with their proboscis and take it to the hive. There, it is exchanged back and forth many times with the nectar from other bees and once the right essences have been added for the honey`s proper preservation, they place it in the cells for storage.

The bees then cover the filled cells with wax so as to preserve the honey as long as possible against the cold winter weather to follow. 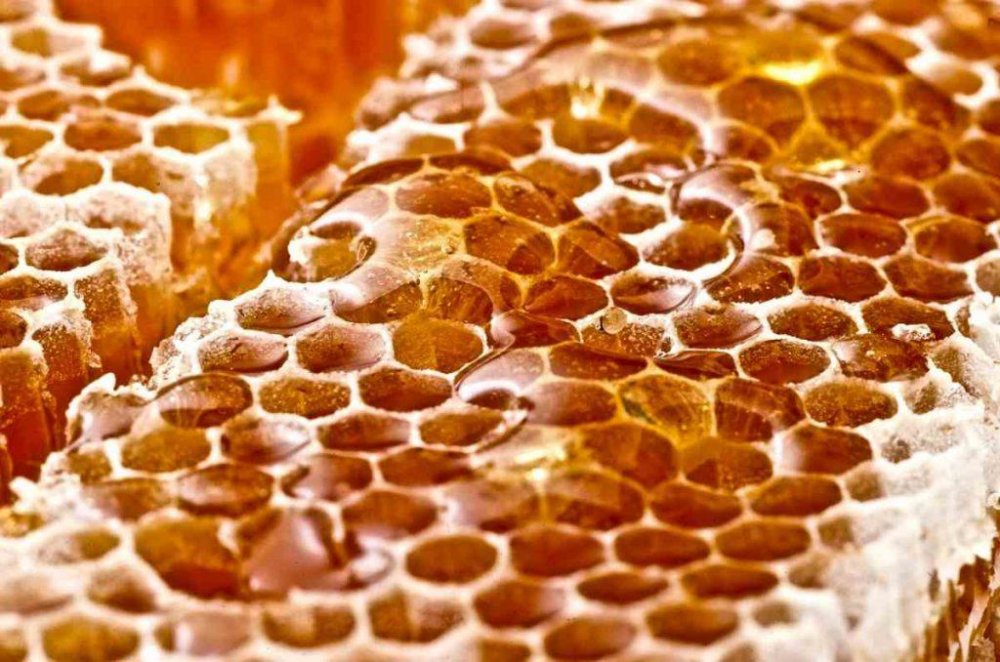