Olive trees are closely related to the history of the Mediterranean area. There have been olive trees in the areas where people lived at the coast of Mediterranean Sea since prehistoric times. Petrified olive tree leaves, which were lying there for thousands of years, were found In the Greek region. The cultivation of the variety of olive trees which give olive oil started in about 3.500 B.C. and it is related to the cultivation of the land which flourished in this area of the planet. Olive oil and other olive tree products have always been an important source of income for the people.

The olive tree has been the symbol of peace since ancient times and it was the prize for the winners at the Olympic Games. According to Greek Mythology, it was the gift from goddess Athena, the goddess of Wisdom, to the city of Athens after beating Poseidon in a contest. Before all the Gods of Olympus Athena and Poseidon vied for control of Athens and its surrounding territory, Attica. The contest took place on the Acropolis. Poseidon struck the rock with his trident and produced a salt spring or a horse. Athena brought forth an olive tree from the ground by the touch of her spear and she was proclaimed the victor. The olive tree was fundamental to Athenian economy and life. So, King Cecrops decided to give the city the name of the goddess.

Olive trees and olive oil have affected the customs, traditions, songs, art, literature, religion of many people from many different countries. Olive oil was blessed by Christ and it is still used in many religious rituals and ceremonies.

Olive oil is produced by crushing the olives and during ancient times people used circular millstones to crush the olives just as they did with grain. In many areas of Greece, when archaeological excavations took place a lot of olive mills were revealed. The by-products of olive trees have been used in pharmacy and beauty products since ancient times. Also, personal hygiene was maintained by using olive oil and then soap. People used oil lamps and burned olive kernels for heating something that used to be done even a few years ago in rural areas.

The olive tree is native to the Mediterranean, Minor Asia, and Africa. The most ancient evidence of olive cultivation was found in Syria. It was introduced into other countries like Cyprus and many countries of Northern Africa by Tyrian Phoenicians who were thriving in Cartagena. Olive trees were cultivated on the Greek islands and the inland during the Greek-roman era and were introduced to Italy, Sicily and Sardinia by Phocians in 600 B.C. Finally, they reached Spain both via Greek Romans and Arabs. This is proved by the fact that some varieties have Latin names and some Arabic. It is rather strange that olive trees are not native to the East hemisphere as they reached the area when the Spanish explored and colonised eastern countries during the 18th century along with English people who colonised Australia.

Historical records indicate that the cultivation of olives trees was popular in Egypt and Judea long before 1550 B.C. In particular, olive oil was considered as a holy product used by prophets, kings and priests. The olive branch is a symbol of peace and serenity deriving from the customs of Ancient Greece. According to the findings from the excavations that took place on the island of Crete, olive trees were cultivated in 2000-1500 B.C. As Aeschylus claimed Samos was `olive tree planted` and as Thales of Miletus mentioned Chios and Delos `abounded in olive trees`. Homer in his epic poems refers to olive trees on the island of the Phaeacians (Corfu), Ithaca and other islands of the Ionian Sea. Herodotus claims that Euboea had many olive trees but Babylon and Persia had none. Finally, according to Theophrastus, olive trees appeared in Cyrenaica, South Italy, Syria, coastal area of Arabia, Egypt etc. In prehistoric times, olives were consumed after a certain process and olive oil was used in cooking and personal care. It is also worth noting that according to Greek Mythology olive trees were brought to Attica from Egypt by Cecrops. Others argue that it was Athena who gave the olive tree as a gift to the city who Cecrops had built. In ancient Greece, the olive-tree crown (a wild olive-tree branch) was given to the athletes in the Olympic Games as a prize. The domesticated olive tree (Moria) is mentioned in Xenophon`s symposium and regarded as a holy tree because according to Aristoteles those who cut a Morian olive tree became immortal. Aelianus mentions that olive and fig trees first appeared in Attica and Plinius narrates the tale of Aristaeus, a minor god who came up with the cultivation of olive trees, the oil mill and oil press. In Solon`s reforms laws are included that restricted the distance between two olive trees to 9m. and forbade the removal of more than two olive trees per year. The cultivation of olive trees was really important in the Roman Empire since many Latin writers (Cato, Columella, Contile, Horace, Strabo, Fabius, etc.) who wrote about agriculture make extensive reference to the cultivation of olive trees, olives, its process, etc.

Olive trees have been typical of the Mediterranean vegetation since ancient times. This evergreen tree can be found not only in coastal areas but also at an altitude of 800m or more around the Mediterranean Basin. It is the symbol of peace and serenity. 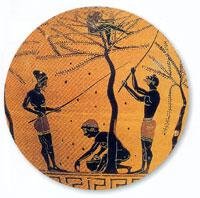 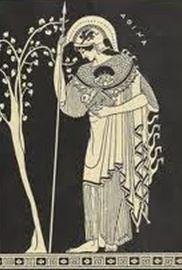 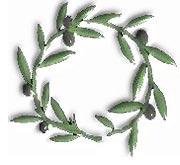