Following the Mediterranean diet results in low saturated fats and cholesterol but high in carbohydrates and fiber intake. Daily consumption of olive oil results in high monounsaturated fatty acids intake.
The Mediterranean diet was inscribed in 2013 on the Representative List of the Intangible Cultural Heritage of Humanity by UNESCO (Cyprus, Croatia, Spain, Greece, Italy, Morocco and Portugal). The Mediterranean diet involves a set of skills, knowledge, rituals, symbols and traditions concerning crops, harvesting, fishing, animal husbandry, conservation, processing, cooking, and particularly the sharing and consumption of food.
During the past few decades, the scientific community has recognised the importance of Mediterranean diet in the prevention and cure of serious diseases such as cardiovascular diseases. The Mediterranean diet, which is rich in nutrients, has an appropriate number of meals and plenty of olive oil, constitutes the reason for the conduction of Intervention Studies.
Recent results of the Spanish research PREDIMED, show the effectiveness of the Mediterranean diet in preventing type 2 diabetes in patients facing high risk of cardiovascular disease. In particular, 418 non-diabetic volunteers, aged 55-80, having more than two risk factors for cardiovascular diseases, were divided into three groups and were observed for about four years. The first group followed the Mediterranean diet supplemented with olive oil (1 little per week), the second group followed the Mediterranean diet supplemented with nuts (30g daily) and the third group followed a low fat diet (control group). After four years follow-up the groups who followed the Mediterranean diet had less cases of diabetes type 2 (inverse association). In addition, there was a reduction of 52% of the cases of diabetes in those groups in comparison with the control group. This study, which was published in Diabetes Care, reaches the conclusion that among people at high cardiovascular risk, a Mediterranean diet supplemented with extra-virgin olive oil or nuts reduced the incidence of major cardiovascular events.
The EUROLIVE Study is aimed at assessing the beneficial effects of olive oil on human health. It is focused on examining the importance of the phenolic compounds of olive oil on oxidative stress and oxidative damage in humans and how antibodies (OLABS) are created to prevent oxidised LDL which may lead to atherosclerosis. 200 healthy European people, who participated in this research, consumed olive oil with low, medium and high phenolic content for three weeks. The results showed that: a) the levels of antibodies (OLAB) in the patients` blood plasma were inversely proportional to oxidised LDL (p<0.001), b) the more phenolic compounds the olive oil had, the more the production of antibodies OLAB was (p<0.023). 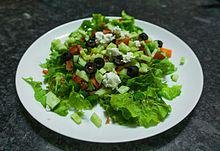